What is an actuator? 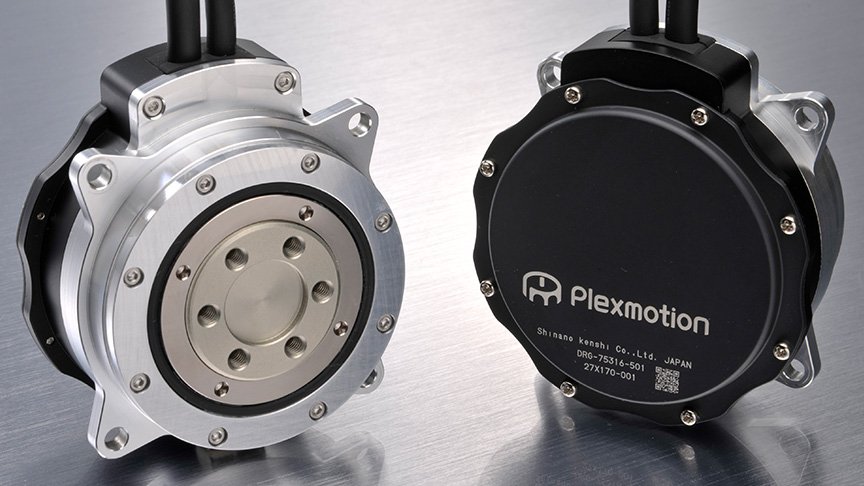 An actuator is a device that combines a source of motive power with mechanical components to perform mechanical operations. An electric motor is one example. The ability to control the force, speed, angle, and other parameters associated with operations performed by an actuator means these devices play an integral role in mechatronics*1.

Actuators operate using a combination of a motor and mechanical drive mechanism. By transmitting motor torque to the drive mechanism, actuators can convert it to motion that include linear or helical motion, as well as rotation. This enables actuators to drive a wide variety of devices.

Actuators can be used to convert the rotation of a motor or other drive sources into different types of motion such as the following.

Waterwheels and windmills can also be thought of as actuators, and in this sense, the history of these devices go back to ancient times.

Nevertheless, the emergence of actuators in the modern sense did not occur until the industrial revolution was underway. The spread of the steam engine and the arrival of different types of internal combustion engines led to the development of various actuators for driving machinery.

Equipment such as press machines, elevators, and draw bridges operated by water pressure began appearing in the 19th century, accompanied also by growing use of pneumatics for things like the airbrakes in railway vehicles or to open and close automatic doors. Hydraulics entered use in the 20th century and the world's first wheelchair with electric actuators was invented in 1979, leading to applications in a wide range of fields.

Electric actuators driven by small electric motors are now commonplace, being found in a wide range of products such as robots, cars, and home appliances, and are underpinning our industry, society, and everyday life.

While many different types of actuators exist, they can be grouped into the following categories based on how they are driven.

The electric motor is a typical example of an electrically driven actuator. As they can be reduced in size easily, they are suitable for use in a wide range of products.

Servo motors
Servo motors provide control of position, speed, and torque.
Stepping motors
Stepping motors feature the precision of being able to rotate by a small fixed angle.
Linear motors
These operate on the same principle as an electric motor but provide linear motion.

These actuators are driven by the pressure of hydraulic fluid. Their ability to deliver large amount of power means they can be used in construction machinery and other heavy-duty equipment.

Hydraulic cylinders
The piston in a cylinder is moved up and down by the pressure of hydraulic fluid.
Hydraulic motors
A motor that rotates by means of hydraulic pressure.

These actuators are driven by pressurized air. They feature both simple mechanical design and flexible operation.

Pneumatic cylinders
The piston in a cylinder is moved up and down by air pressure.
Pneumatic motors
A motor that rotates by means of air pressure.

Other types of actuators

Shape-memory alloy actuator
Actuators that take advantage of the characteristic of alloys that deform with changes in temperature.
Ultrasonic motors
Motors driven by ultrasonic vibrations.

Actuators are used for a wide variety of purposes and are incorporated into many different types of equipment and machinery.

The following are some examples of where ASPINA actuators are used.

These suits assist the wearer with bending and walking when carrying or relocating heavy objects, or moving up and down slopes. Along with its high power, ASPINA's actuator features a slim and lightweight design that does not impede the wearer's movements. 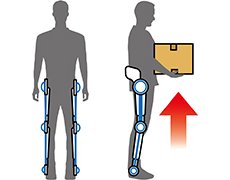 This provides users with the ability to move about. Motorized wheelchairs, for example, reduce the burden on care-givers. As well as powering low-speed movement, the actuator can also be used to adjust the position and orientation of a wheelchair. 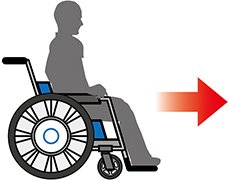 These are autonomous vehicles used for transportation tasks. A four-wheel vehicle equipped with ASPINA actuators has a carrying capacity of about 300kg (including the vehicle itself) . 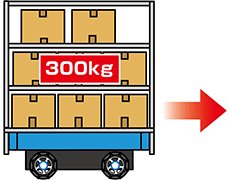 Overcoming your problems with ASPINA actuators

The range of applications for actuators is expanding as the devices improve in performance and become lighter and slimmer. These applications include power-assist suits and motorized wheelchairs for assisting human movement, service robots, and automatic guided vehicles (AGVs) .

Along with the actuators themselves, ASPINA also develops integrated systems that include drive circuits, communication technology, and other such features. We will continue to deliver further technical innovation to match your needs.