UEDA CITY, Japan, Nov. 2, 2020 -- ASPINA (Shinano Kenshi Co., Ltd., with headquarters in Ueda City, Nagano Prefecture, Japan hereinafter ASPINA) is working on the development of "Reaction Wheels," a key component used for attitude control for small satellites that utilize the technology of precision motor related products and is expected to grow globally in "small size satellites led by the private sector". We aim to commercialize our contribution to the "satellite market." This project has been adopted by NEDO (New Energy and Industrial Technology Development Organization) as the 2020 "Space Industry Technology Information Infrastructure Development Research and Development Project." 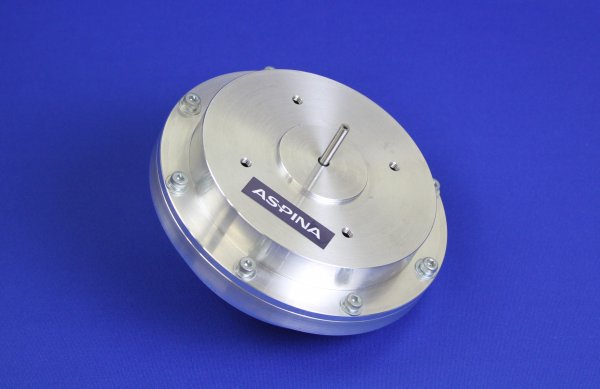 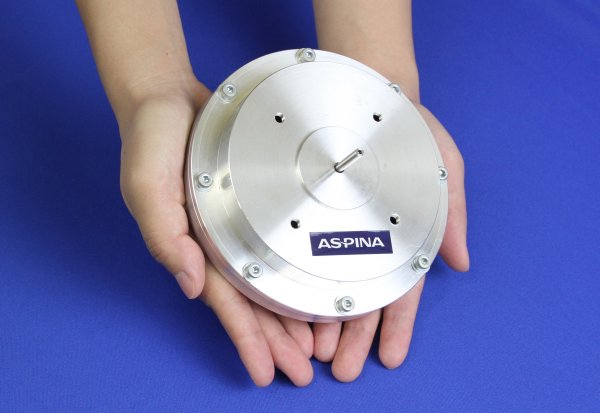 ASPINA President Motoaki Kaneko commented: "This technology utilizes precision motor-related products that ASPINA cultivated in automotive and medical devices. For Space, they will control attitudes for small satellites. We will work on the development of "Reaction Wheels" as a key technology that realizes commercialization and contributes to the small satellite market led by the private sector."

The small satellite market is expected to grow with satellite constellation programs that anticipate utilization in communication services and earth observation (disaster situation, natural environment, agriculture, etc.), and many private companies including venture companies have entered the market. In the constellation program to launch multiple small satellites in low earth orbit, the operation period of satellites is set as short as 3 to 5 years. Such duration is a challenge to many satellite components currently on the market – pricing requirements of the venture company and the lead time have not been satisfied for them, which is a bottleneck in development. The "Reaction Wheels" (attitude control device) are one of the key components that faces this challenge.

While developing "Reaction Wheels," ASPINA is planning to cooperate in tests and launch demonstration experiments specific to Space products with AxelSpace Corporation (Headquarters: Chuo-ku, Tokyo, Representative Director: Tomoya Nakamura), a small satellite manufacturer that is the most advanced in Japan in terms of launch results and knowledge.

[Features of the recent space market]
Until now, the Space Industry has been a government-led business but in recent years, many private companies, including venture companies, have entered the market. In particular, the market for small satellites such as 100 kg-class satellites, the concept "Constellation Program" that provides various applications centered on communication services and data services by launching multiple satellites and building a satellite network is attracting attention. For example, in May 2018, the Ministry of Economy, Trade and Industry's "Research Group Report on Technology Strategies for Small Satellites and Small Rockets in Anticipation of the Arrival of the Constellation Business Era" states that the size of the small satellite manufacturing and launch market is expected to grow about 11 times in 10 years (from 2016 to 2025).

[Issues faced by venture companies that develop satellites]
Interviews with experts in the small satellite market and startups developing satellites in Japan and the United States revealed that prices have been reduced and the operation period have been shortened along with the increase in quantity of small satellites due to main use in low earth orbit. For this reason, each company is actively implementing price reductions through consideration of consumer use parts and materials and quality control based on its own standards.

On the other hand, there are some parts for which such activities have not progressed, and in particular, the "Reaction Wheel" used for attitude control has become relatively expensive without any major change from the conventional price range, despite the core parts of the satellite. In addition, when developing and manufacturing satellites in Japan, many parts are made overseas, mainly in the United States, and complicated import procedures are creating challenges in lead time and prices together with fewer solution opportunities due to overseas laws and regulations.

[Functions required for Reaction Wheel]
Therefore, in this project, to solve these problems, ASPINA developed a low-priced, short lead time domestic Reaction Wheel for small satellites. The production location will be in Japan while making the best use of the technology of motor-related products. The focus is to maintain stable movement such as low disturbance required for Reaction Wheels. At the same time, by actively adopting consumer parts and utilizing the knowledge cultivated in the in-vehicle and medical fields, ASPINA will create quality that meets the application from a new perspective, achieving low prices and short lead time. For this new development ASPINA will also consider their overseas markets.

[Effects of business on the future]
This project supports the expansion of satellite constellation construction from the component level. This will also be an opportunity to create a business utilizing satellite constellation data, and as a result, it will contribute to everyday life such as disaster situations, natural environment, agriculture, urban development, transportation, and distribution network management applications. Specifically, after conducting a demonstration test in 2023, ASPINA plans to start introducing it to domestic satellite manufacturers, and while gradually increasing our market share, ASPINA targets to achieve 10% adoption rate in the number of small satellites newly launched in the world in 2027.

[About Axcelspace Corporation]
Axcelspace is a space venture that is building a high-frequency earth observation platform "AxelGlobe" using many microsatellite GRUS. The first GRUS unit was successfully launched in December 2018, and satellite image data has been provided since May 2019. AxelGlobe has a wide range of applications such as agriculture, disaster monitoring, urban development and distribution network management .Furthermore AxelSpace is about to launch four additional GRUS satellites and after the realization of the five-satellite system, the frequency of ground shooting will increase dramatically, and it will be possible to observe at a specific location almost once every two to three days.

[About ASPINA]
ASPINA launched as a new corporate brand in September last year and announced a new, electric 3-claw robot gripper shortly thereafter in November. A high-performance, low profile canned pump technology was introduced September 2020 also as part of Aspina's brand product development. ASPINA is advancing business development with a view to the Space field, as well as ongoing interests in such industries as in-vehicle, medical care, welfare, safety, automation, and environmental.